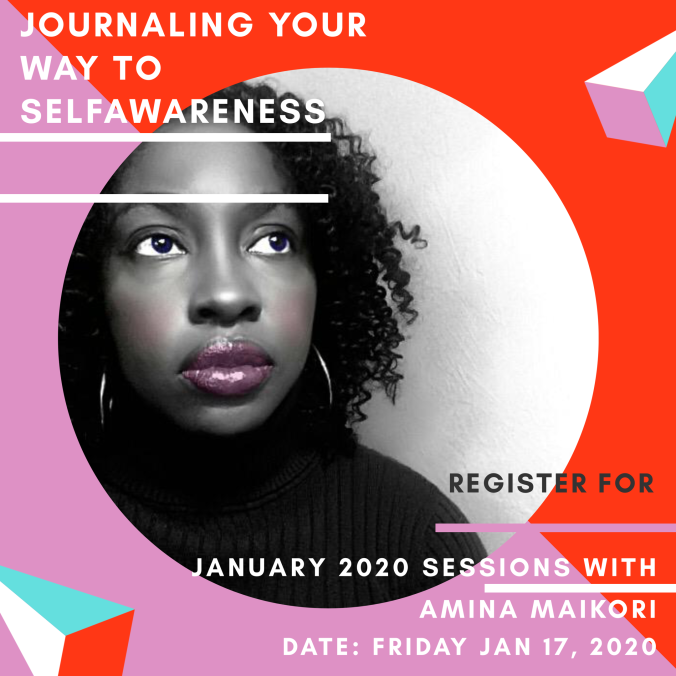 Great to see you made it to 2020!!! Thanks for stopping by especially since I know you’re mighty busy this start of the year.

All around the world , New Year resolutions are being tweaked, Plans are being worked out and parents are getting ready to send their kids back to school. Amidst all of these are the mild threats of war between the US and Iran and England’s Prince Harry and his young family, breaking the status quo with news of their impending departure to Canada. Shall we think of the gas explosion that killed some people in Kaduna here in Nigeria, just a few days ago or Boko Haram’s rather ungentle reminder in the North East , also days back?

No, my aim is not to give you world news in a few sentences. It is basically to pin point these things you probably know of but are not very conscious about or aware of . That is :

But here is the good news…

With my journaling class, you get to re-access long forgotten dreams because I will haunt it out of you…hahaha. Seriously though. We will dig stuff up and you yourself will start to remember long forgotten dreams. Then you will put your plan in motion- I will guide you with a series of questions, materials, prompts and then you will write you plans down. You see, we are not planning for 2020 or 2030 alone. Together, we will plan for a life time.

On Thursday the 7th Of November 2019, I had the privilege of taking my Journaling your way to Self Awareness Course to the American Corner of the US Embassy in Abuja, Nigeria. 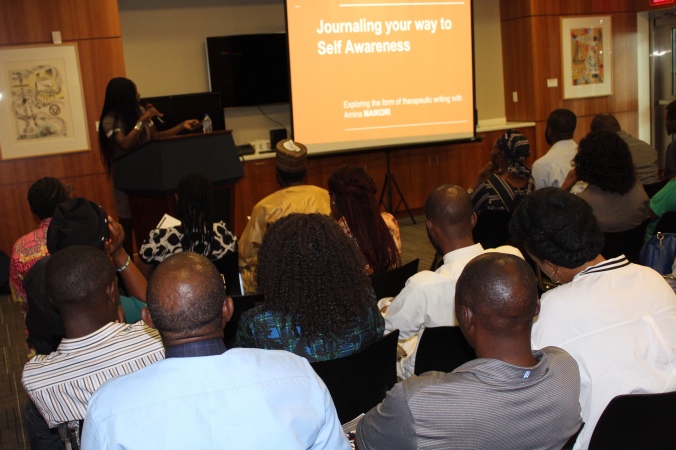 For most of the part the course has been online and has attracted about 70 people from across Nigeria. Together , we have journeyed towards a clearer process of realigning our thoughts with me providing strategic questioning and having them respond with answers that a geared towards unlocking the recesses of their mind. We also have phone discussions as part of the process.

The course comes in four modules but my presentation / facilitation focused on Mental Health and how to manage it using the therapeutic form of writing.

There’s a lot of mental issues in Nigeria and the World Health Organization (WHO) reports that 30 %of the Nigerian population battles with mental health issues. This explains the spate of suicides and homicides that have have been reported on our local news channels.

Journaling does not cure mental health. It can however help you maintain a good one. It can also help to detect patterns in your life thereby allowing you to decide if they are ones you’d like to replicate or just do away with. 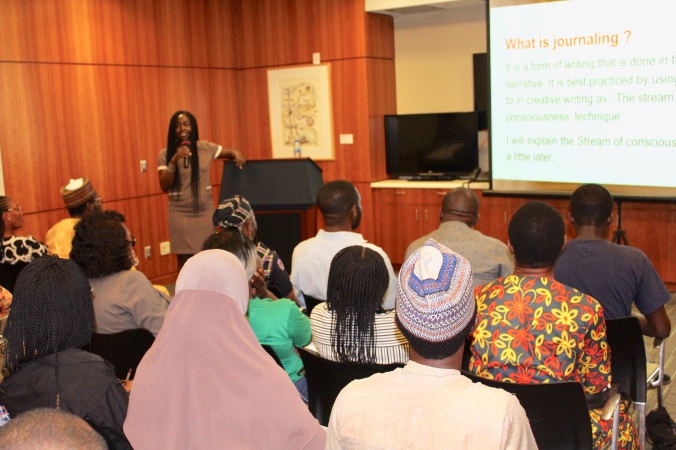 Grateful to the Public Affairs Session Of the US Embassy in Nigeria for letting me share necessary tools with close to 100 participants at yesterday’s event.

Today is the International Day Of Happiness. Ironically enough, it comes after a weekend of suicides in Nigeria.

On Saturday, a 500 level student from the Ladoke Akintola University of Technology (LAUTECH), Ogbomosho, Oyo State committed suicide by hanging. His friends said they’d returned home from a night of reading to find Adesoji Adediran dangling from the ceiling. According to them, there was nothing strange in his behavior when they left him that Friday night. In fact, a close friend of the deceased described him as as “funny and lively”, not the usual candidate for suicide. More on Adediran’s story here.

Just yesterday ( Sunday) a doctor asked his driver to park while he got out of the car and jumped off the Third mainland Bridge in Lagos and that was that. This is the reality: what appeared to be foreign practice is slowly becoming a norm in Nigeria; it’s clearly not about location, it’s a state of mind-such a pity!

Mental health is important and we really need to take it seriously. Last week, I heard of a guy who went on his FB page and told his friends that he planned to take his life. No one took him seriously. Some even taunted him, daring him to go ahead and next thing they knew they were drafting RIP messages while others cursed him out for being silly.

I suspect for such people it’s a bit more than the surface sadness we all face for a limited period. I think they must have reached a point where they can no longer control themselves. It’s a disease and like many diseases can’t be controlled by sheer will power.

There is no point treating a depressed person as though she were just feeling sad, saying, ‘There now, hang on, you’ll get over it.’ Sadness is more or less like a head cold- with patience, it passes. Depression is like cancer.

What can we do then?

2. Seek help if we think things are getting out of hand

3. Watch out for our friends closely and ask them questions.

This graphic I found on the net profers some great solutions to maintaining happiness as well.

Depression and other forms of mental health are things we hardly ever discuss in this society but perhaps it is time we do.

With this , I bid you Happy International Day of Happiness and dare to ask you, ‘How are you doing today. I mean, really?I would like to know.’