For Chiamaka Nwosu, Google Maps Platform is about more than tracking cargo in Africa. It’s about making a lasting mark on the world through the power of technology.

Chiamaka Nwosu still remembers the day her father brought home a computer. She had always been fascinated by how things worked, tinkering with everything from toys to the family generator. To 10-year-old Chiamaka, the computer posed an opportunity — a mystery, which, once understood, could unlock remarkable possibilities in the world around her.

Chiamaka channeled her fascination with tech into the classroom. She became one of only 12 women to study computer science in her university class of 110 and, after years of hard work, was awarded a prestigious scholarship to an incubator program in Ghana at the Meltwater Entrepreneurial School of Technology. It was there that she set her sights on solving a real world problem. Read the rest of Chiamaka’s story here.

Have you watched a comedy skit or a stand-up performance and wondered why everyone around you was laughing because you did not find any bit of it funny? Well Simon Taylor’s performance is not one of those. His humour cuts across culture, age and geographical location; a firm reason why he is going on a worldwide tour.
He was the host on Australia’s Channel 31’s late night talk show Live on Bowen along with Beat Streets with Simon Taylor. He has written for The Tonight Show with Jay Leno on NBC and Shaun Micallef’s Mad as Hell on the ABC. These along with his stand-up routines have resulted in him wining several industry awards including The Hotel Barkly Comedian of The Year Award and The Imarginarium Comedian of The Year Award. He is currently writing a show for Netflix.
I caught up with Simon for a chat at a Café in New York’s East Village. 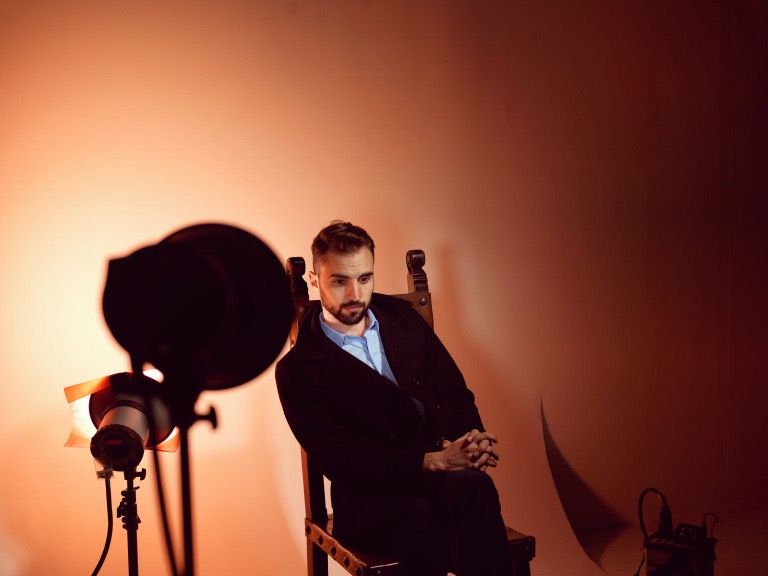 Amina: When and how did you get into comedy?

Simon: When I was 8-years-old I was on school camp. There was a talent competition and I wanted be a stand-up comedian. I didn’t get any laughs that night, except for one teacher. That was enough for me to get hooked and want to be a performer. So I blame that teacher for laughing that night and making me believe I could be a comedian.

Amina: Can you remember the first time you performed on stage; what was that like?

Simon: The very first time was when I was 5-years-old and I was doing an Elvis impersonation at school. I think I loved the attention. But eventually I realised I wasn’t a good singer, that’s probably why I moved to comedy.

Amina: And comedy turned out right. I have to say one of my favourite skits-the first I saw of you actually- was that one in which you were looking for a new place to live. I think one of the things I like is the fact that it is fresh material. So how do you come up with your material?

Simon: I just live my life and make mistakes. Usually my comedy comes dumb things I do or from trying too hard to be cool. So as long as I keep making mistakes and being an idiot I should always have material.

Amina: …but would you say being funny is something you are born with or something that can be learned?

Simon: Some people have a natural aptitude for being funny, but it’s still learned like any other skill. It basically comes from trial and error. If you do something that gets a laugh, you keep doing it. If you don’t get a laugh, well then you’ve learned what’s not funny about you.

Amina: I think that’s a great formula for not just comedy. Note to self, ‘Trial and Error’ is good. Who inspires you the most and in what way?

Simon: The people I really like are the brainy writers. Mindy Kaling, who wrote and starred in The Office, has a brilliant comedy mind. Ali Wong’s last special inspired me a lot, just so many jokes thick and fast. I admire Sarah Silverman as a human being and as a comic who brings her heart on stage. She once drove me home from a show and I feel that she gave me more life advice in that thirty minutes than I’d gotten throughout college.

Amina: What are you most proud of and why?

Simon: Writing for The Tonight Show was a big deal because it’s such a prestigious show. I’m proud of the jokes I wrote for that show, especially because I was so young and didn’t really know what I was doing. But I kept writing until I worked out what was funniest. I wrote thousands and thousands of jokes, so I’m happy with everything I learned while on that show.

Amina: The Tonight Show is huge. I liked it then with Leno and now Jimmy Fallon. What is the most difficult part of being a comedian?

Simon: Being on tour is fun, but I sometimes hate being away from my friends and family. I send them post cards a lot though. Turns out the postal service isn’t very reliable though.

Amina: No. Not always reliable! What are you currently working on?

Simon: I’m about to go on tour around Australia, so fly over if you want to see my set.

via The evolution Of the Lupita Nyong’o Brand